One secret ingredient driving the future of a 3D technological world is a computational problem called SLAM. Simultaneous Localisation and Mapping (SLAM) is a series of complex computations and algorithms which use sensor data to construct a map of an unknown environment while using it at the same time to identify where it is located. SLAM algorithms combine data from sensors to determine the position of each sensor OR process data received from it and build a map of the surrounding environment.

SLAM is becoming an increasingly important topic within the computer vision community and is receiving particular interest from the industries including augmented and virtual reality.

This article will give a brief introduction to what SLAM, what it’s for, and why it’s important, in the context of computer vision research and development, and augmented reality.

The core technology enabling these applications is Simultaneous Localization And Mapping (SLAM), which constructs the map of an unknown environment while simultaneously keeping track of the location of the agent

There are many types of SLAM techniques  as per the implementation and use:

EKF SLAM, FastSLAM, Graph-based SLAM, Topological SLAM and much more. But here I am going to divide it only 2 parts and out of which Visual SLAM is more interesting in AR/VR/MR point of view.

SLAM is hard, because: 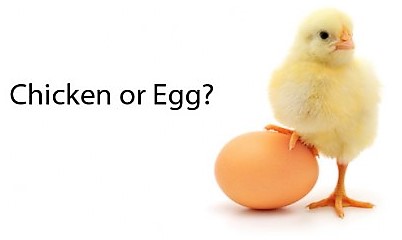 SLAM is a chicken-or-egg problem:

SLAM is similar to a person trying to find his or her way around an unknown place. First, the person looks around to find familiar markers or signs. Once the person recognizes a familiar landmark, he/she can figure out where they are in relation to it. If the person does not recognize landmarks, he or she will be labeled as lost. However, the more that person observes the environment, the more landmarks the person will recognize and begin to build a mental image, or map, of that place.

SLAM is the problem of constructing or updating a map of an unknown environment while simultaneously keeping track of an agent’s location within it. 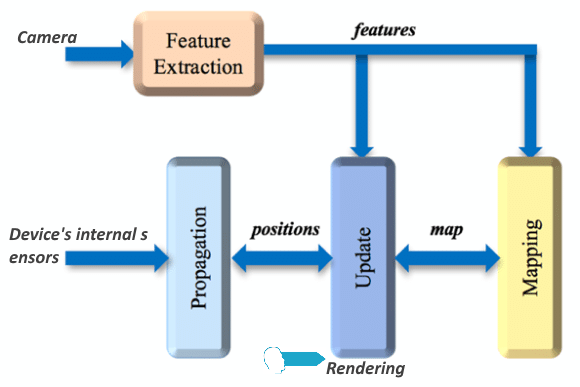 Above blog diagram shows a simplified version of the general SLAM pipeline which operates as follows:

SLAM has become very popular because it can rely only on a standard camera and basic inbuilt mobile sensors.  This makes SLAM systems very appealing, both as an area of research and as a key enabling technology for applications such as augmented reality.

Qualcomm Research has designed and demonstrated novel techniques for modeling an unknown scene in 3D and using the model to track the pose of the camera with respect to the scene. This technology is a keyframe-based SLAM solution that assists with building room-sized 3D models of a particular scene

SLAM is a key driver behind unmanned vehicles and drones, self-driving cars, robotics, and augmented reality applications. SLAM is central to a range of indoor, outdoor, in-air and underwater applications for both manned and autonomous.

The Number of important tasks such as tracking, augmented reality, map reconstruction, interactions between real and virtual objects, object tracking and 3D modeling can all be accomplished using a SLAM system, and the availability of such technology will lead to further developments and increased sophistication in augmented reality applications.

One thought on “Introduction to SLAM (Simultaneous Localisation and Mapping)”